Well, the fourth stage 2020 MotoGP has become even more unpredictable than the previous one! Actually, this is good, because to follow the championship becomes more interesting.

This time he surprised everyone by Brad BINDER, and, most likely, you even quickly remember who it is! However, brad managed not only to surprise everyone and win the race, which is certainly simply triumphant event for the team “Red Bull KTM Factory Racing” and for all fans of the Austrian marque. Brad chased Franco MORBIDELLI, who confidently minted round and round, but eventually gave up and conceded first place to pilot the KTM for the first 9 laps before the finish. 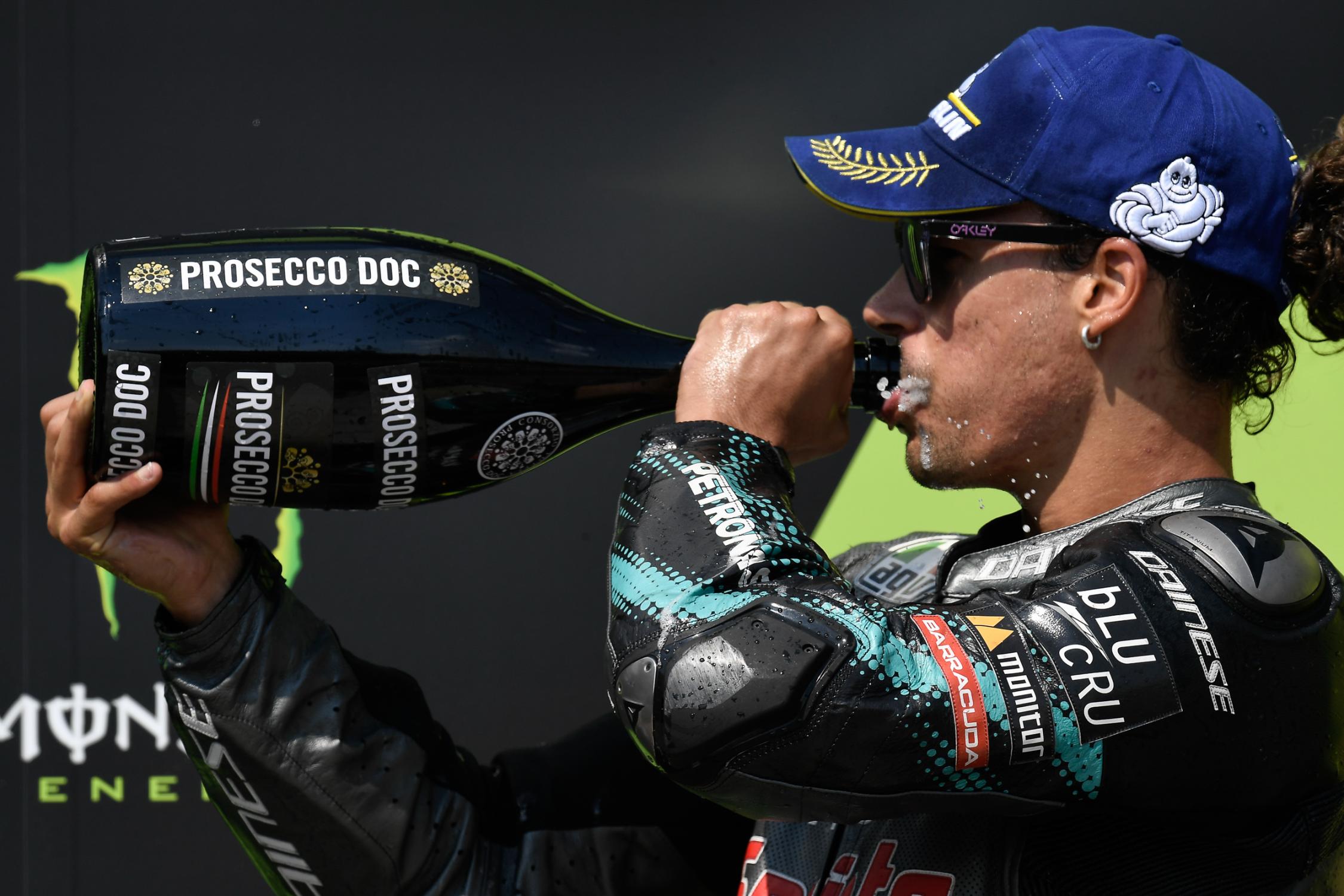 Johann ZARCO (Joan Zarco) for Ducati from “Esponsorama Racing” also could not do anything to oppose Morbidelli and Binder, despite starting from pole position. Nevertheless he finished third, which in General is also a good result. 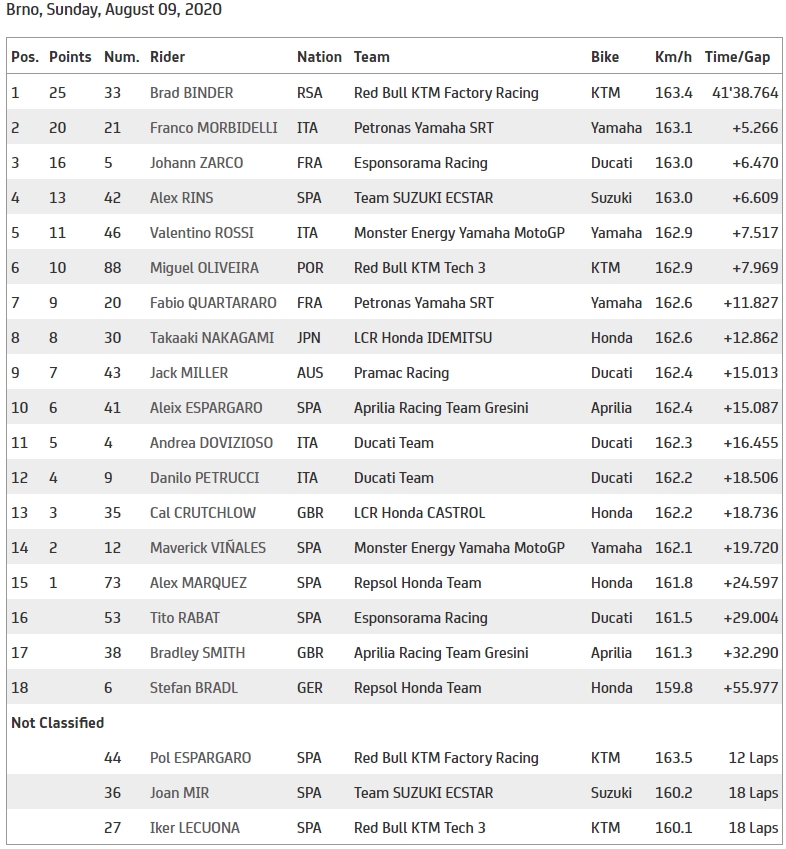 Position in the MotoGP championship in 2020 after 4 stages: