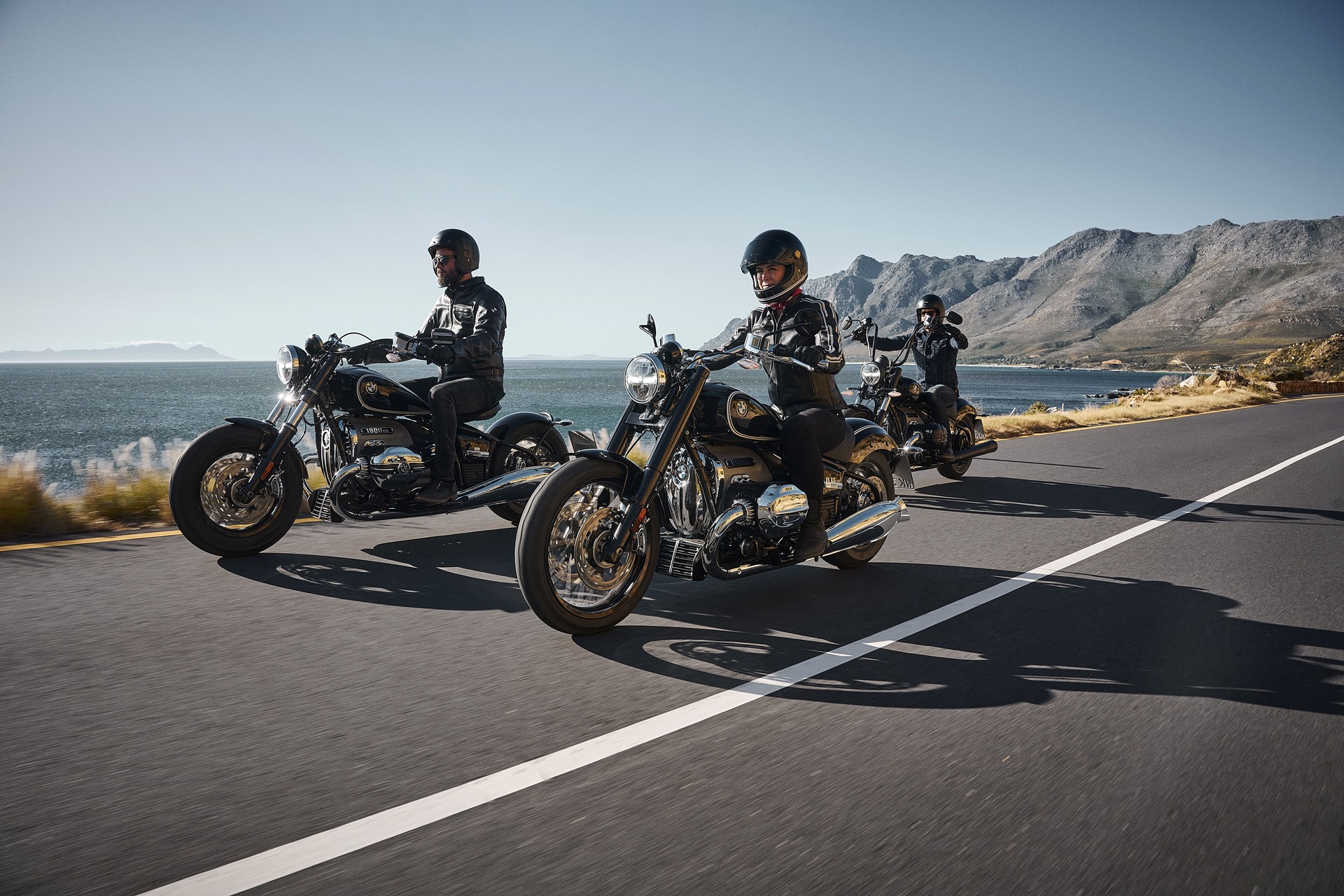 Friday 3 April BMW introduced the world to a very important motorcycle – a huge cruiser BMW R18 2020. This is another challenge to the Harley-Davidson brand, which the Bavarians want to bite off share from the extremely attractive from the point of view of the sales market for large cruisers (read American). By the way, this is not the first attempt by BMW to gain a foothold in the segment of “big iron motorcycles”, the experts immediately recall such a failure model, as R1200C, produced from 1997 to 2004 minutes. A couple of years know whether a new attempt of the Bavarians successful. 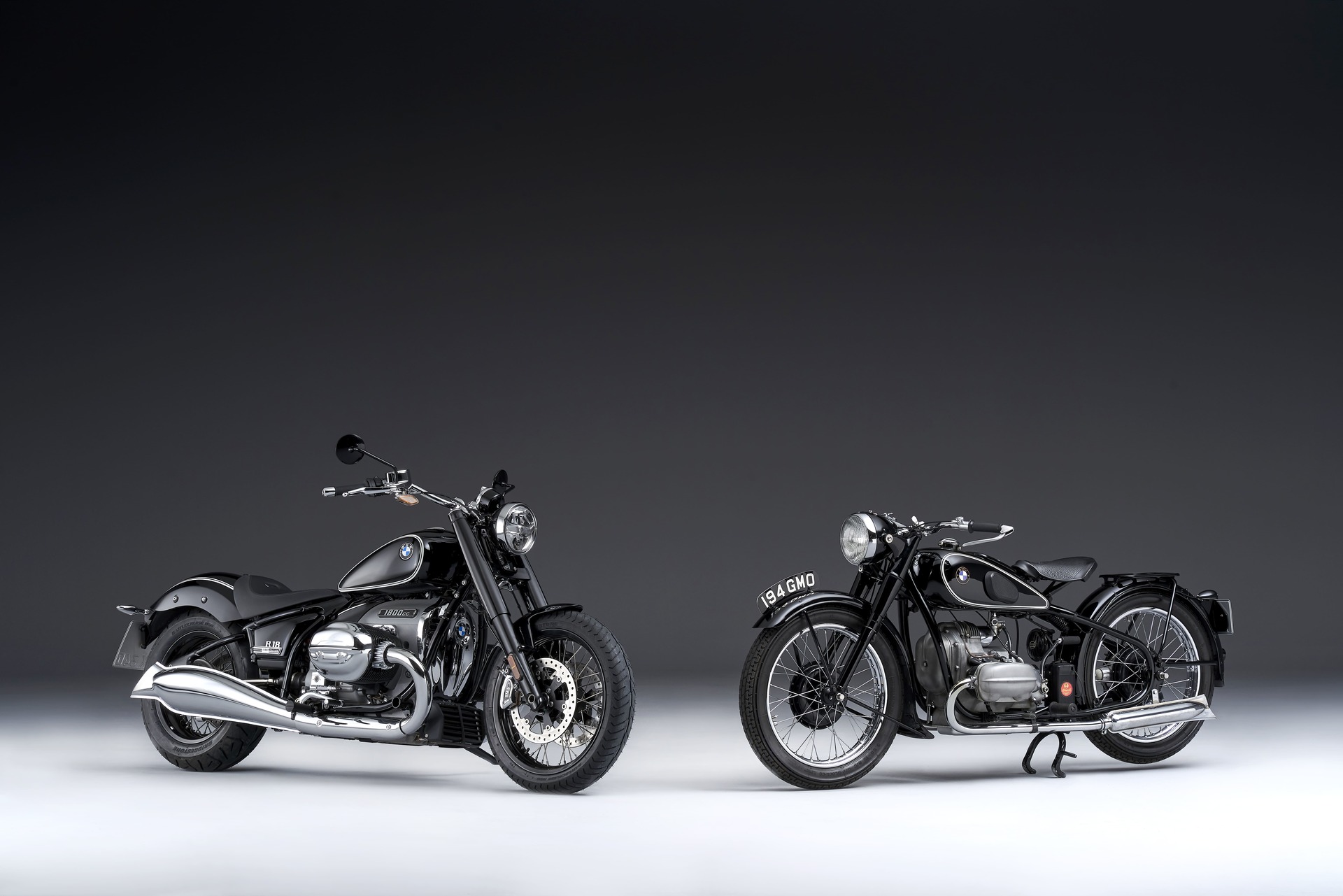 Probably the R18 was developed by the Germans not less than 5 years, because its forerunner, we saw in 2016 in concept Hommage R5. By the way, the serial bike looks much less elegant, but it is a normal situation for any brand (let us recall the concept of “Scalpel” and the serial 790 KTM Duke).

Light and airy R18 could be, only if it is produced in the form of custom-Birdcage concept from Revival Cycles, shown last year. Huge boxer motor is the main feature of this cruiser – dictated rules of the game and forced the engineers and marketers BMW to send R18 to the production in the form of a long wheelbase (1731 mm) and monumental (curb weight 345 kg), as the mausoleum of the motorcycle. 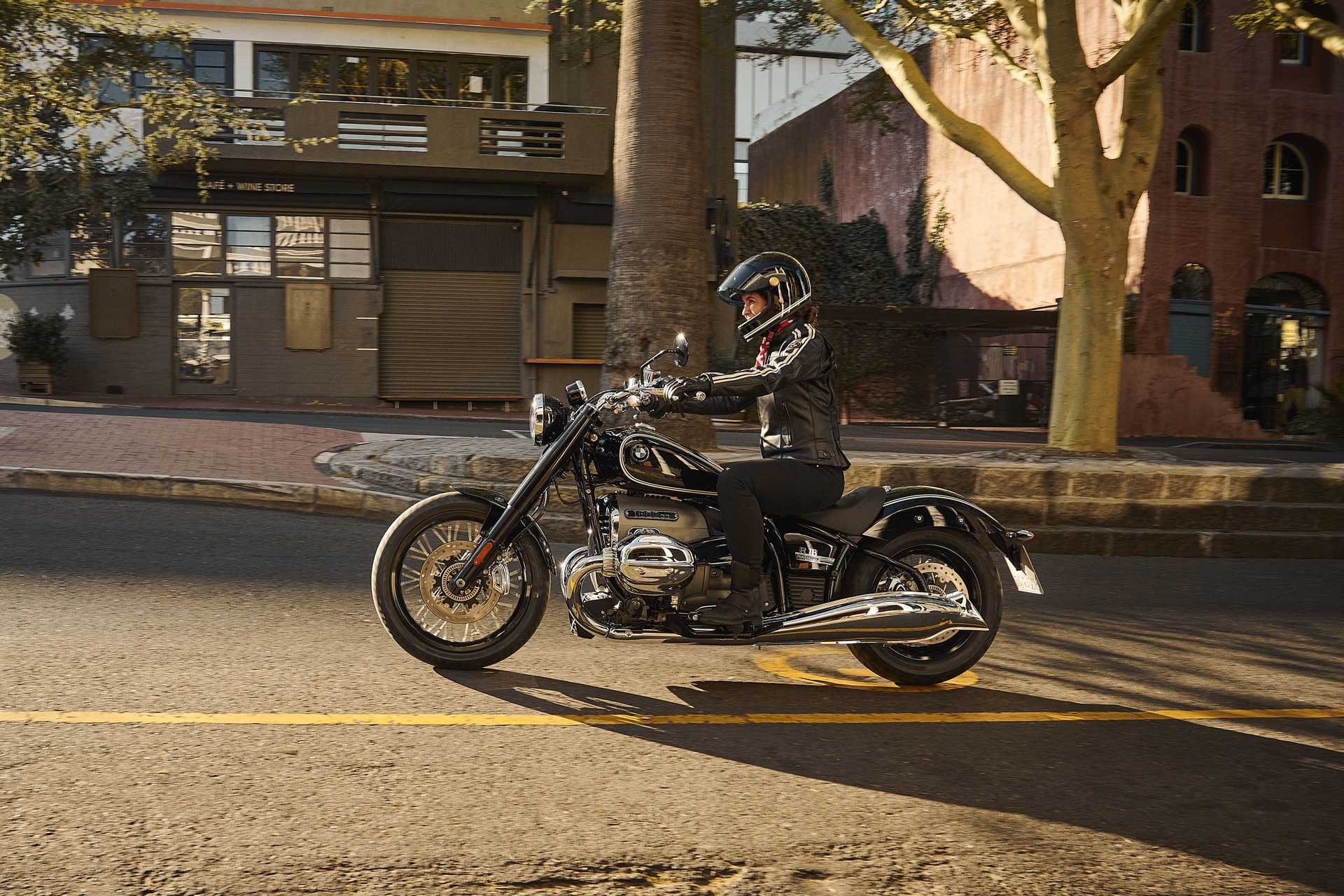 In a press release, BMW says that the 1.8-liter R18 engine developing 91 HP, is the most powerful boxer engine ever used in serial motorcycle production. Apparently, German PR people either in a hurry or just poorly versed in their own lineup, because we all remember – the BMW R nineT 110 HP, and the modern “Geese” even more.

But the torque monster 1802-CC oppozit, of course, impresses even the most experienced riders – 158 Nm/3000 rpm With 150 Nm are always available in the range of 2000 to 4000 rpm! Except, it confuses the potential fuel consumption of the power plant. More precisely, even not the consumption, and the volume teardrop-shaped fuel tank is only 16 gallons! Looks like the Moto-tourists will suffer. 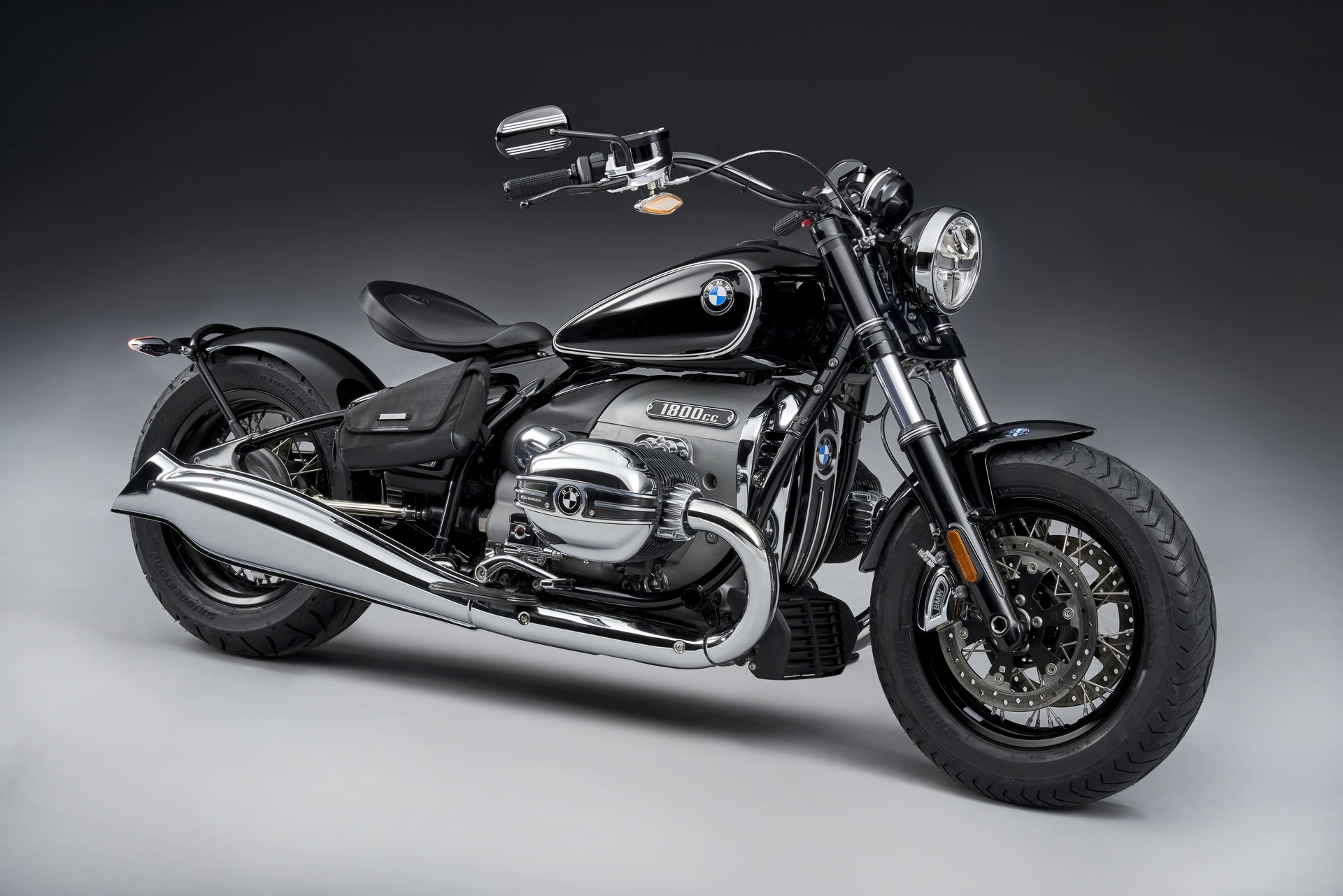 But most of all, me and many BMW fans around the world confused by the shape and dimensions of the exhaust system of a new bike. To say that last year the concept of this piece was more elegant – to say nothing. Apparently, the demand for tuned mufflers will be very high.

If you leave a huge oppozit out, the new product embodies all the ideas of the classic cruiser with a touch of Bavarian tradition. Duplex steel frame, consisting of two loops surrounding the motor left and right, and closing under the tank – is. Rear suspension, cleverly disguised as a hardtail and comprising a steel swingarm and hidden under the seat monoshock with progressive characteristic – have. 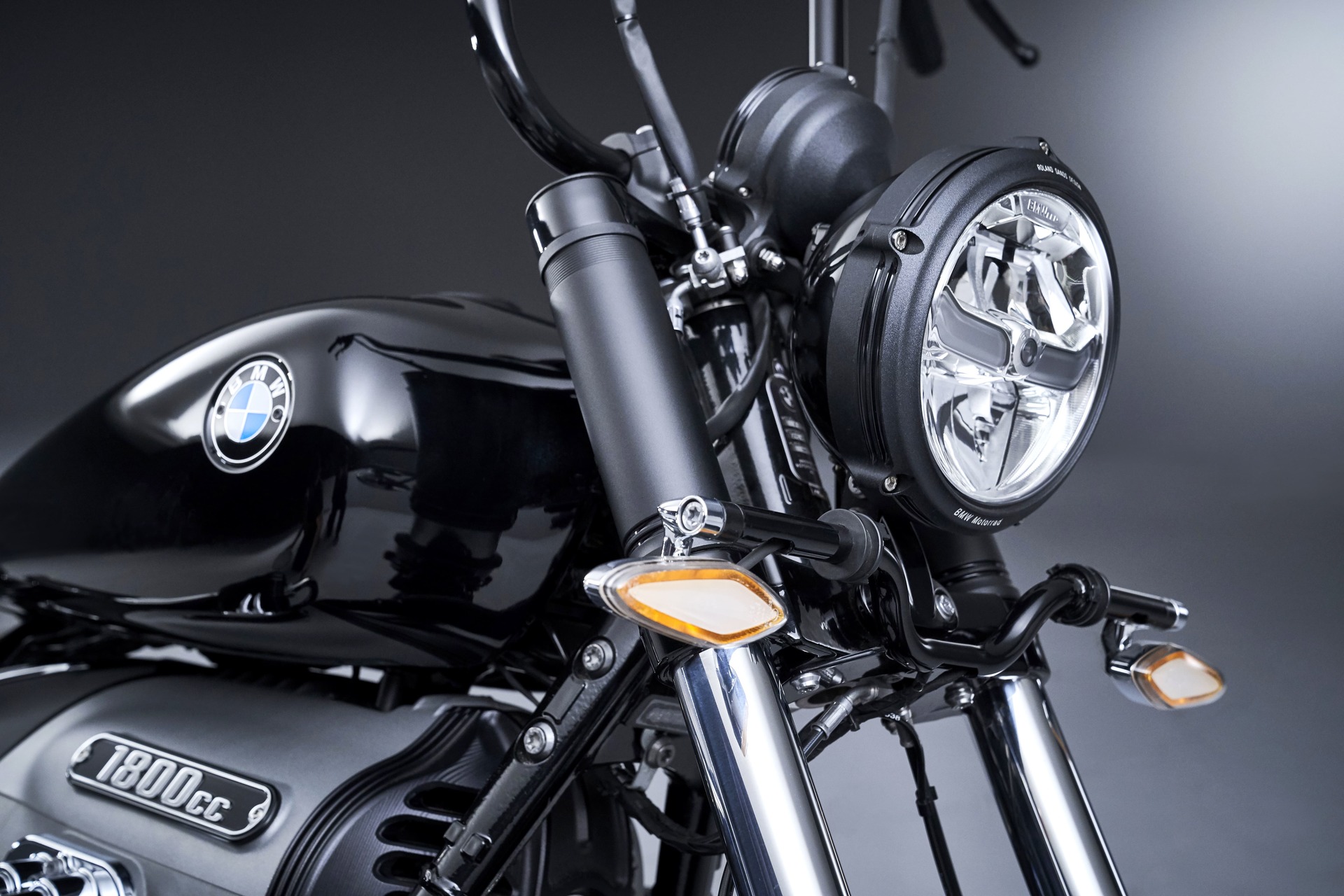 The gimbal that eliminates the need to constantly lubricate the chain and more reliable than the belt drive – in the best Bavarian tradition. Classic telescopic fork with feathers with a diameter of 49 mm, closed stylish covers, plus the typical cruisera geometry rake angle of 32.7°, a departure of 150 mm, – too.

And of course the BMW R18 is straight from the factory you can order a bunch of extra accessories: exhaust is a different configuration, different seats, steering wheel type APE-hanger, etc. (look through the pictures).

What can you praise a BMW, so it’s restrained pricing policy. Even in the current disastrous situation of the Russian office of the brand managed to keep the starting price tag of innovations at the level of 1 860 000 rubles. The closest competitor to this bike in the lineup of Harley-Davidson I see a Road King Special, which is 300,000 more (2 196 000). Yet, H-D Road King for sale not in the configuration “without side saddlebags”, so BMW R18 are cheaper is very conditional. 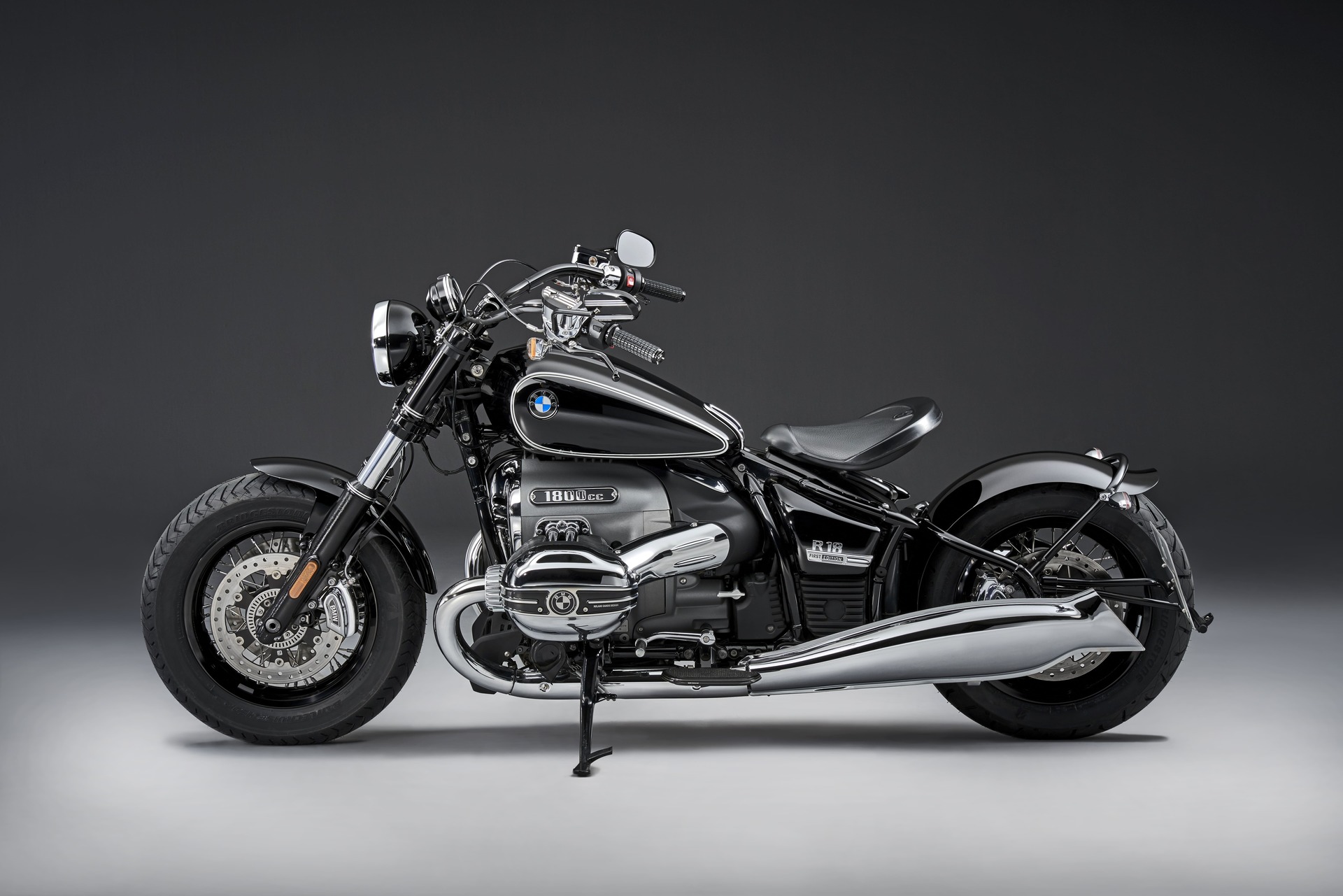 In addition, its direct competitors is still Indian Chief Dark Horse, which currently will cost 2048000 RUB and has similar dimensional characteristics and more productive classic “air” V-Twin by thunderstroke 111.

The main problem of the new cruiser from BMW will be its ergonomics. Traditional brand boxer motor will never allow you to have footrests as expected in the framework of the class, namely front, not in the middle. This will cause a lot of questions from customers and will absolutely create big problems in luring away customers from Harley-Davidson and Indian. 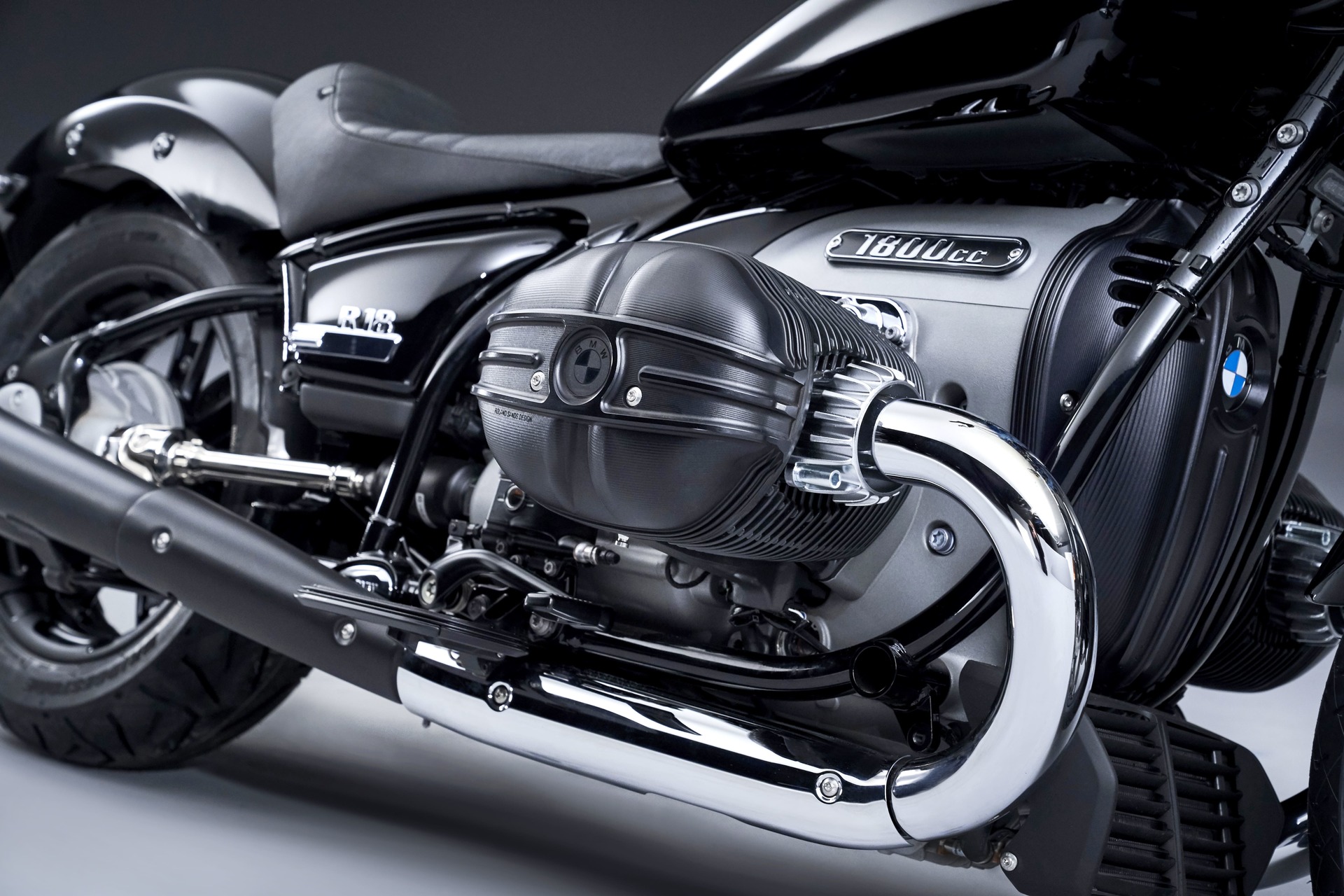 The first cruisers R18 First Edition will arrive in Russia this year, if we manage to win the coronavirus. Really want to drive it and tell you more details, because on paper it seems very interesting and difficult to manage.

A width of 964 mm on the mirrors (more than R1250GS), he will clearly be closely in metropolis, and thanks to hardcore cruiseroll front-suspension geometry, you can now expect the slightest response of the front wheel for steering and a penchant for folding like Moto Guzzi MGX-21 (angle of 32°, flight 187 mm), which we long ago tested.

You only have to survive until summer. Stay tuned!