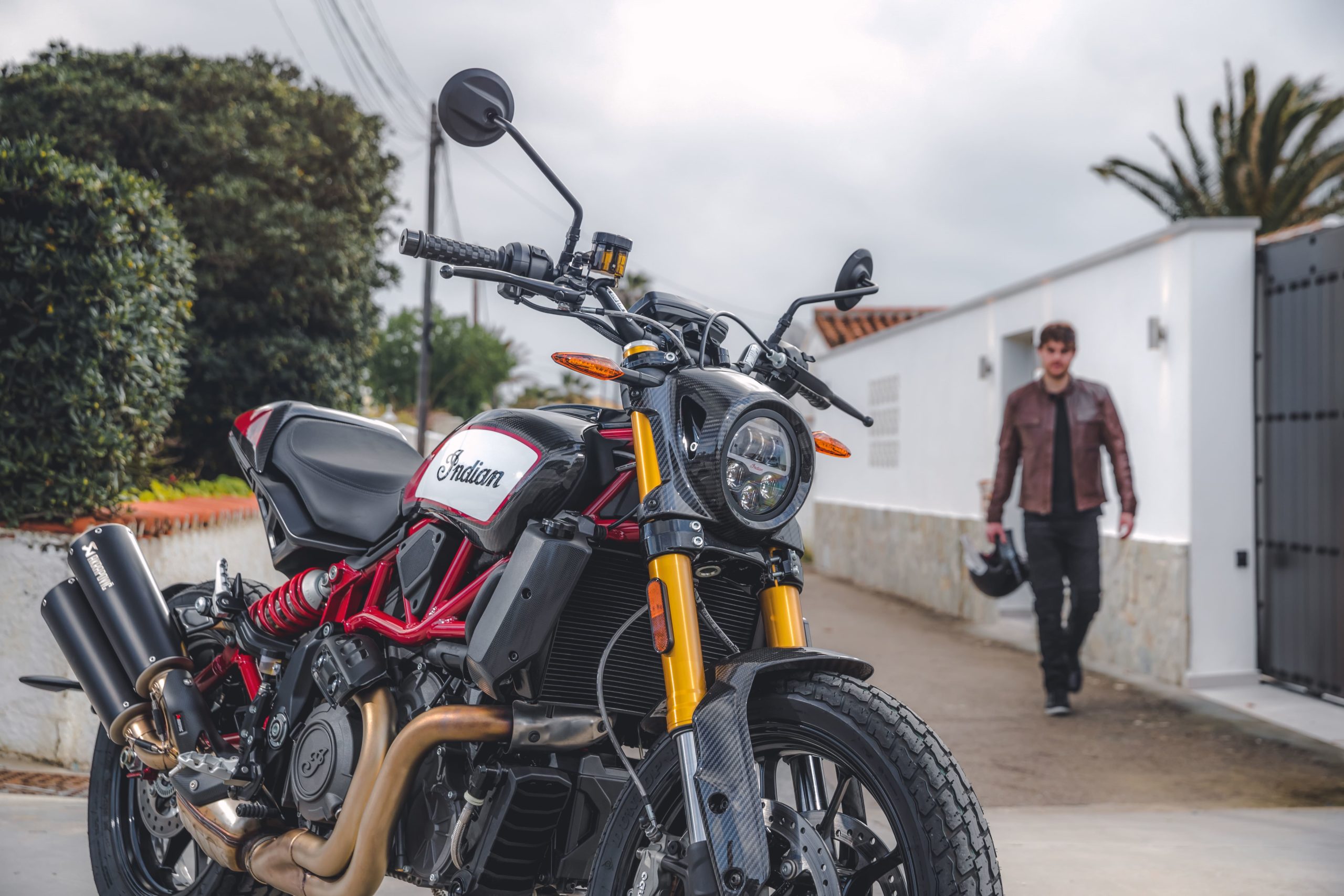 Not later than yesterday, the Americans of Indian Motorcycle was presented to the audience another version of its naked bike called her FTR Carbon. Before retrofit and stylize ordinary Indian FTR1200 additional accessories comes at a price, and now fans of the brand it is possible to immediately buy the necessary equipment. 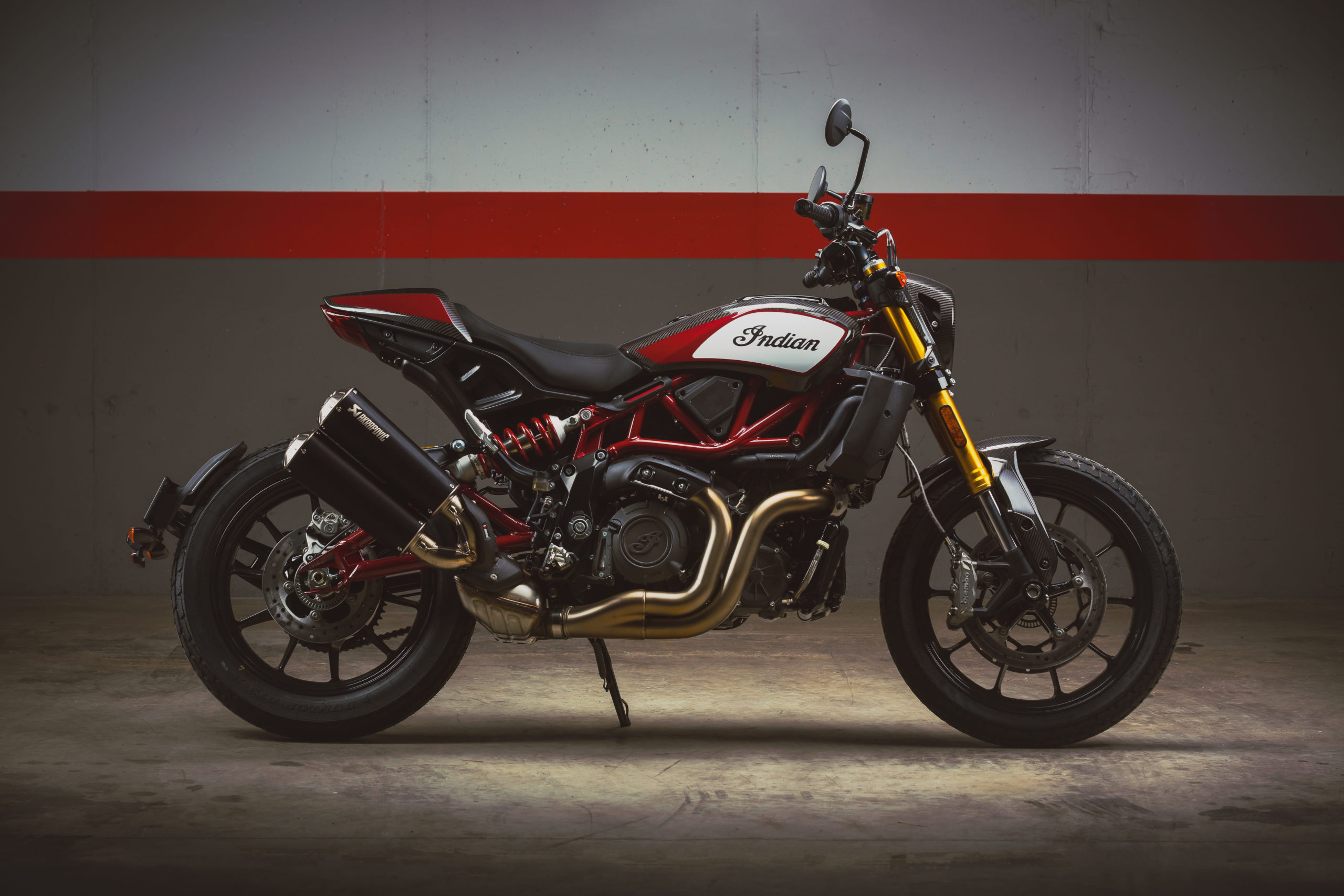 Of course, Indian FTR1200S Carbon 2020 will be the most expensive version in the line of “FTR”, and this is due to the abundance of expensive components from carbon fiber, as well as preloaded titanium Akrapovič exhaust system, painted black.

Thanks to the exhaust system and the new firmware FTR1200S Carbon was slightly more powerful than the basic version and develops 126 HP vs 123 in the standard. From a technical point of view, it all changes.

The bike still comes with a V-shaped two-cylinder engine 1203 cm3, 43 mm inverted fork type and radial Brembo brakes, working in conjunction with 320 mm brake discs, a full electronics package and a TFT instrument panel, but outwardly, he, of course, much has changed. 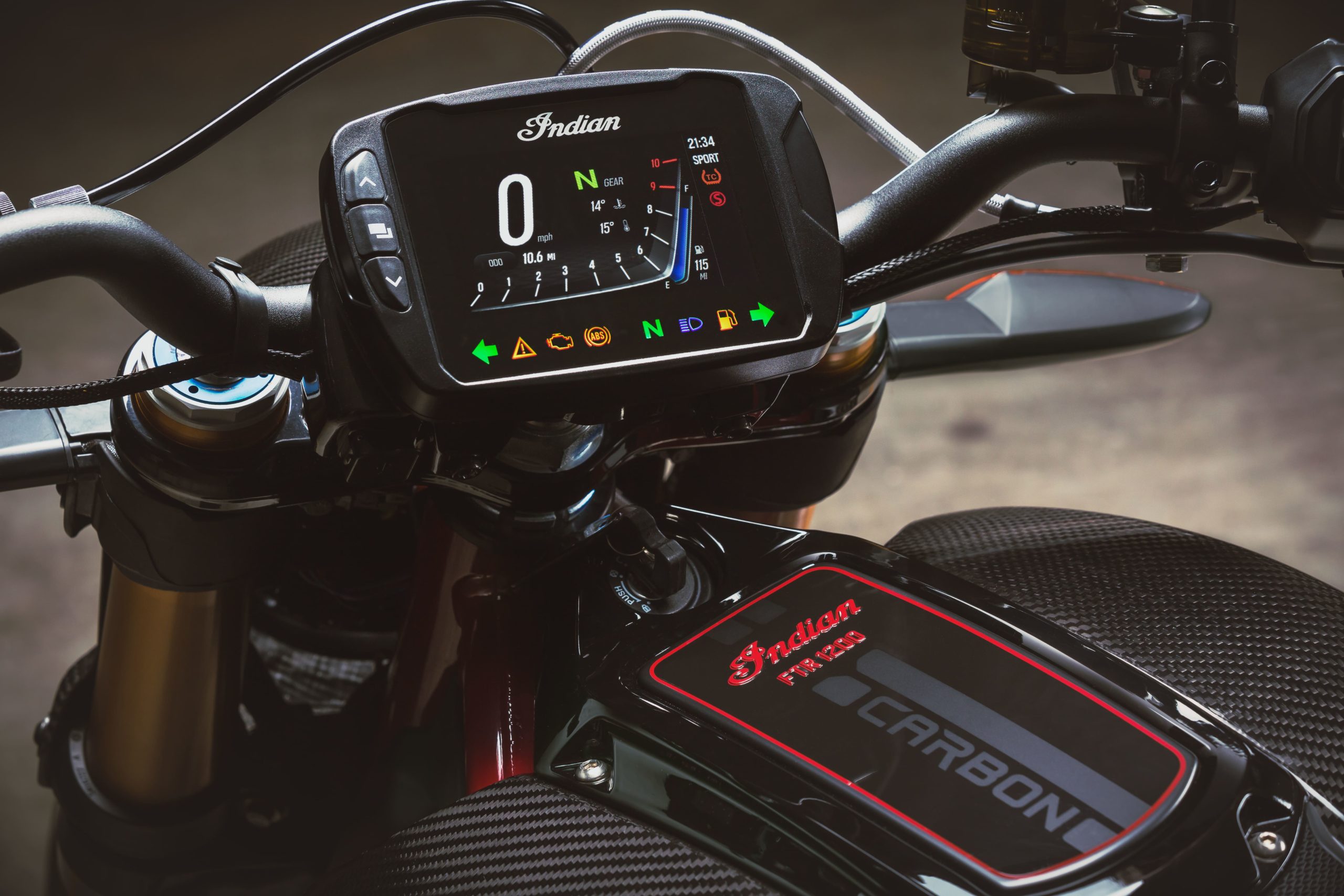 Inspired by their racing shell Indian FTR750, the last few years, dominant in the competition in flat track, the designers at Indian Motorcycle equipped with a maximum carbon elements from the original catalogue tuning. 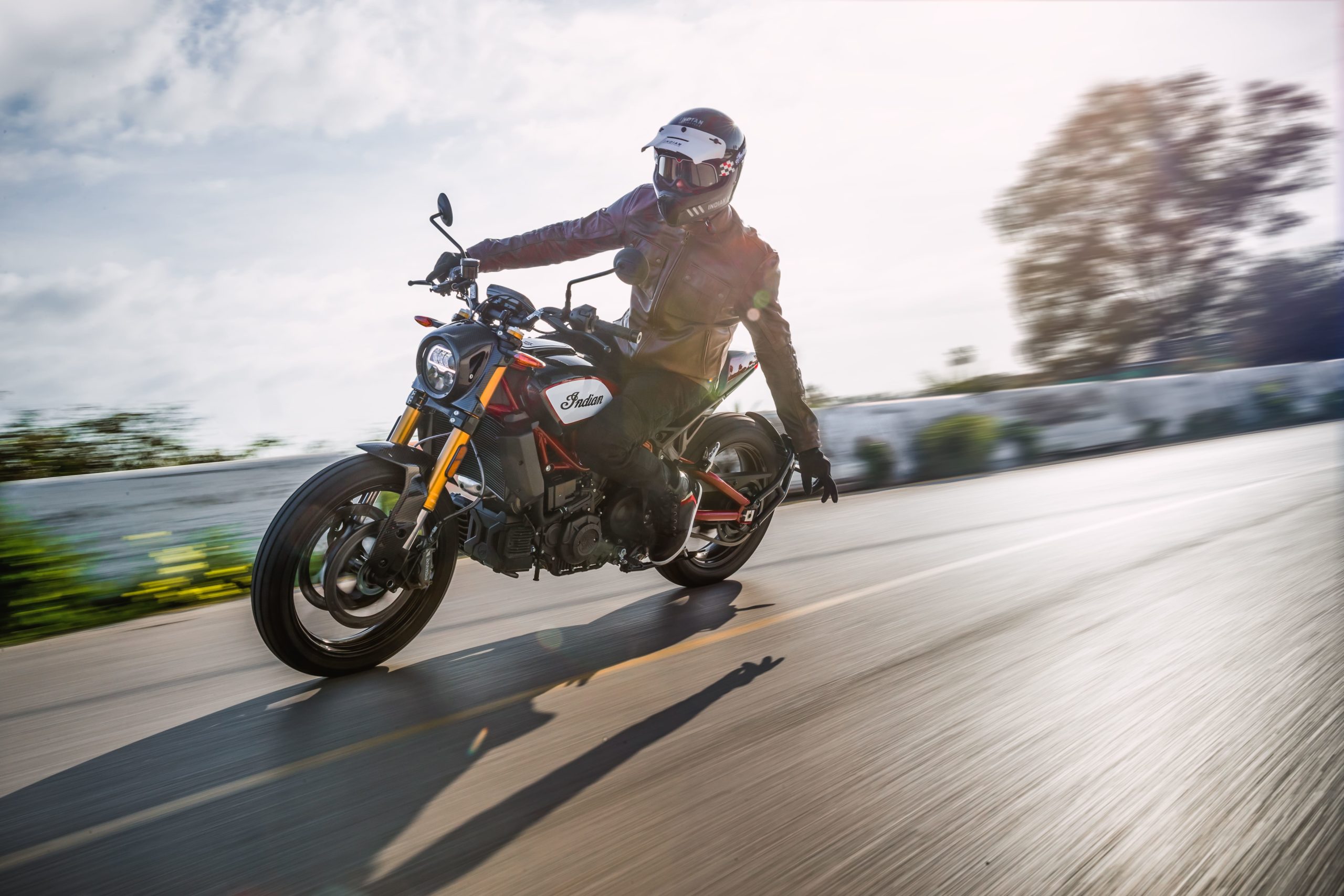 Of course, all this will affect the starting price of the model, but is still much cheaper than buying a “base” and upgraded its original tuning. How much will it cost FTR1200S Carbon 2020, the Americans have not yet reported, but as practice shows, it should be more expensive +/- 10%, this means that in Russia a new top-end version will cost about 1700000 rubles.