Completed the first race weekend! July 4-5 on the track “Nizhny Novgorod ring” championship of the Russian Superbike Championship has launched the first competitions in highway-ring motorcycle races this season — and the fight was hot as ever! The audience for the live broadcast watched the fierce struggle of the best pilots of the country, the passion did not abate both days of racing: the fall, the incredible duel — and all this with a review of the “Russian voices of MotoGP” Eugene Maslenkova! 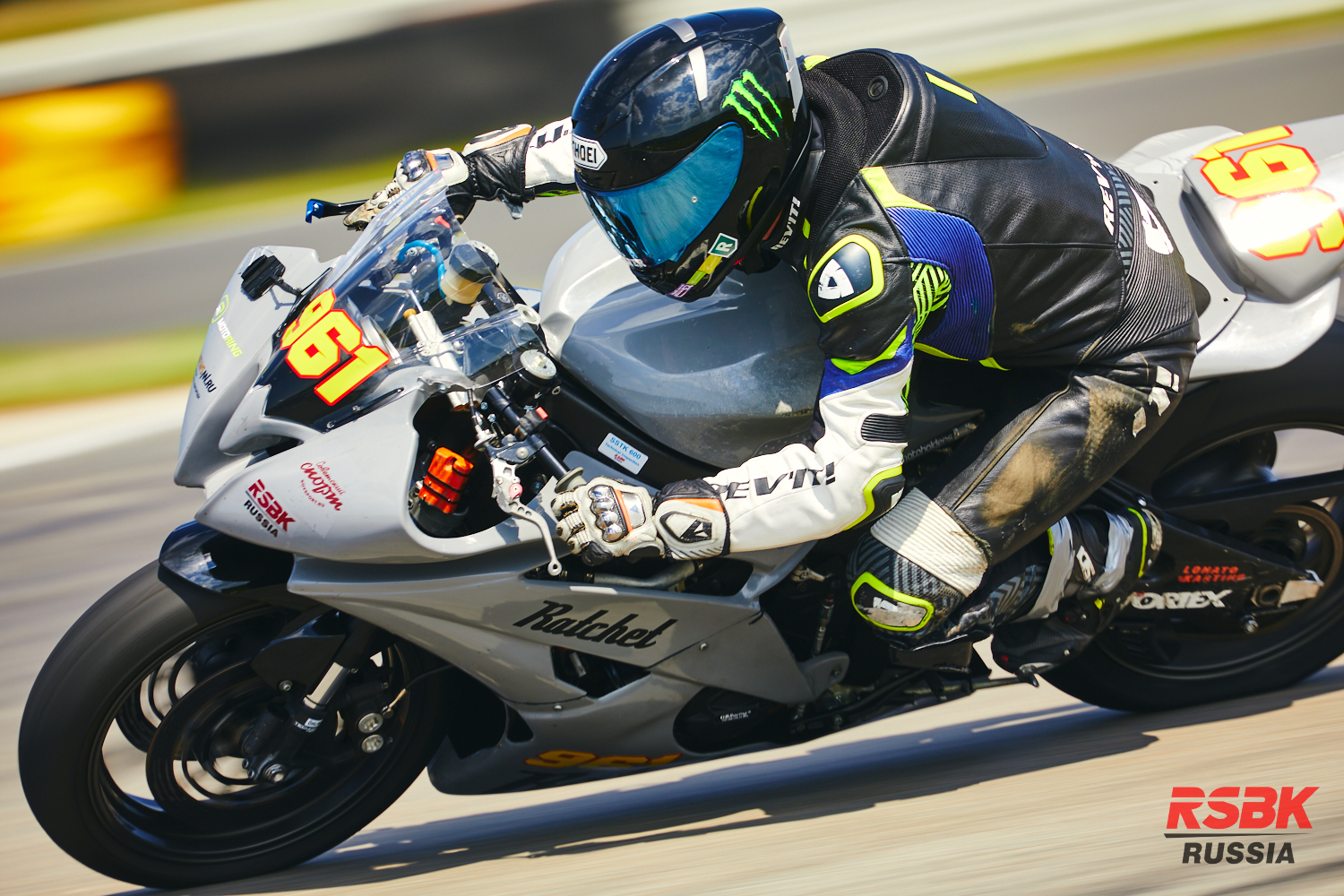 In the team competition competed the strongest sports teams — pilots counted every point, changing tactics and even passed to other classes! According to the results of the first stage in the top 5 of the championship, some of them are included SPB Racing Team, Motorsport RMS, VL65 Racing Team Chrome Racing Team, CSKA Petronas DMC. But the second stage of the race brought no less intrigue! 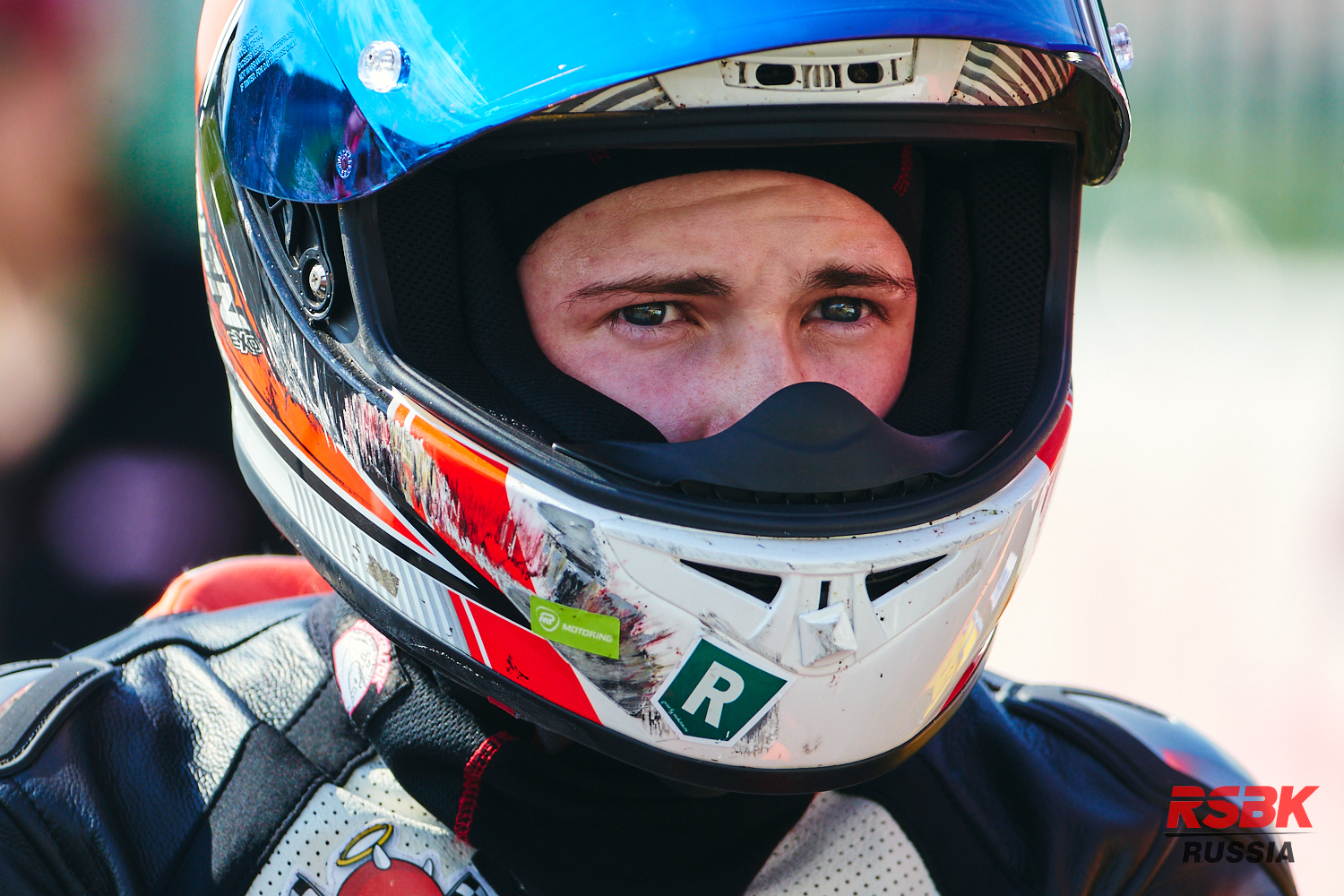 One of the main issues of the day were weather forecasters foretold the flood, the clouds thickened, and in the wards did not stop work on the motorcycles. Many were excited by the pilots, taken off the road in the first day of racing, — Dmitry Sedin (VL65 Racing Team) and Sergei Krapuhin (RWT Motorsport). But both drivers left the starting grid the Superbike to race the second stage RSBK!

First check the “Royal” class SBK brought a storm of emotions: Makar Yurchenko (SPB Racing Team), a clear contender for the win, came out of the race already in the first round! Vladimir Leonov (SPB Racing Team) remained to lead the peloton all alone, but behind him did not cease battle. Beginner in this class, the young pilot Alexander Vasiliev (VL65 Racing Team) flew forward — the pace and skill earned him second place, and Dmitry Sedin, as well from the team VL65 Racing Team has proven that a professional pilot will show the result of any technique, finishing in third place and leaving Sergei Karpukhina (RWT Motorsport) fourth. This check is added to the audience one question: whether or not to participate Makar Yurchenko in the second race of the SBK?

While in the pits SPB Racing Team work has begun to boil with new force, on the track came out pilots class SUPERSPORT (SSP) and the SSP EVO, who in the first day of the race weekend gave viewers a hot confrontation. The second day was no less hot and the race was “a wheel within a wheel”. Alexey Ivanov from CSKA Petronas DMC took the lead from the first minutes of the start of the race, Kozheurov Peter (CSKA Petronas DMC) took silver, but the winner of the qualification Mayorov, Dmitry, his teammate, started not very well and lost ground to rivals, one of which was Vasilevskiy Ilya — the young pilot Chrome Racing Team. He cheerfully tapped into a fight in the Supersport class, leaving his opponents in Supersport EVO Shaternikova Olga (VL65 Racing Team) and Petrukovich Sergey (Chrome Racing Team) behind. 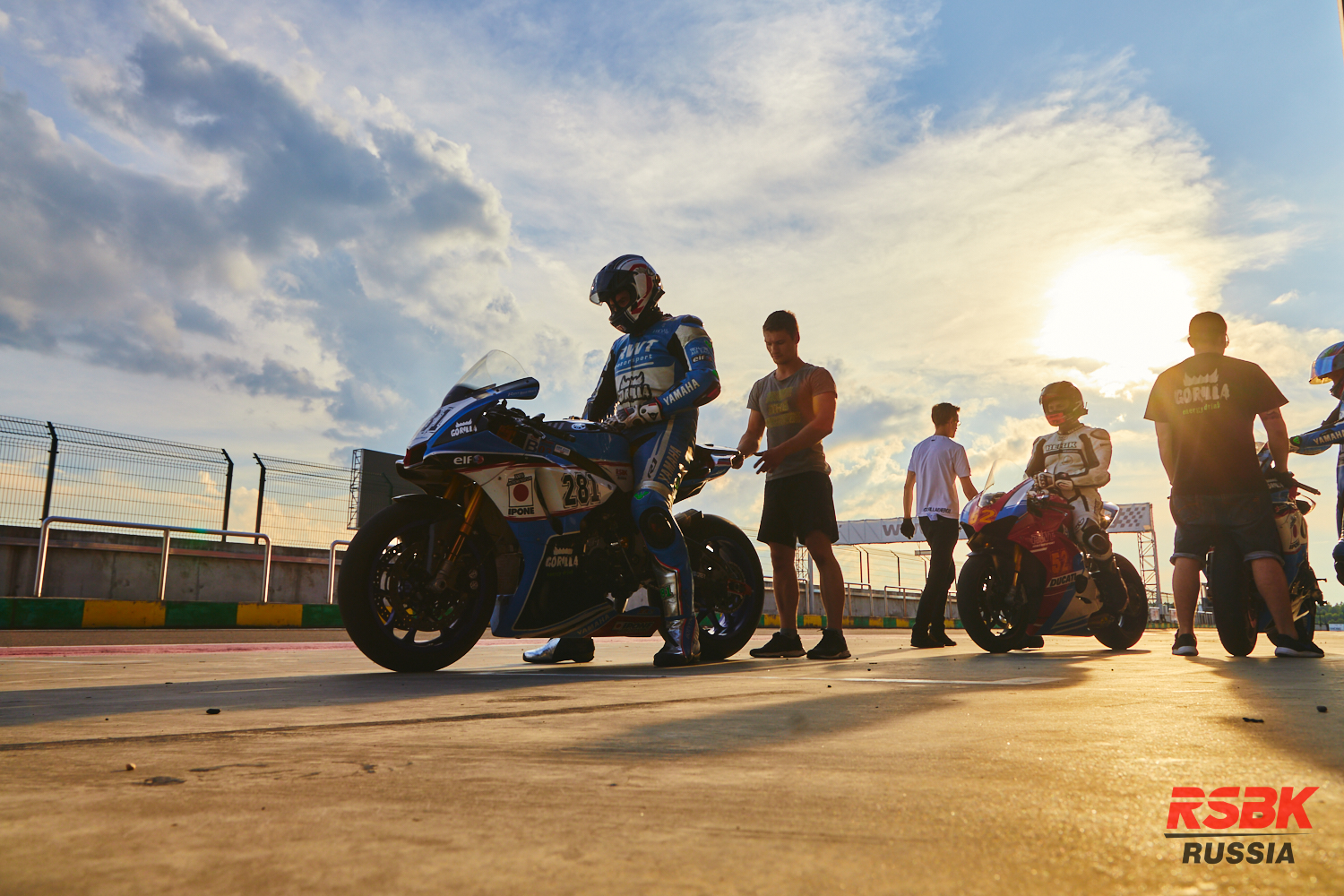 Numerous classes in STK and SSTK 1000/600 1000/600 was tense standoff, which came together and professional pilots and brave motor-fans and lovers of good racing! The pilots exchanged positions, the audience watched the falls — the entire intensity of the arrival and interviews of his characters can be seen in the record on the official YouTube channel of the championship RSBK. To the start of the main race of the day — race at 20 laps class SBK and SBK EVO 2 — the passion raged in earnest, the audience could not believe their eyes: Makar Yurchenko (SPB Racing Team) came out at the start, but because of the gathering in the first race he started from last place! 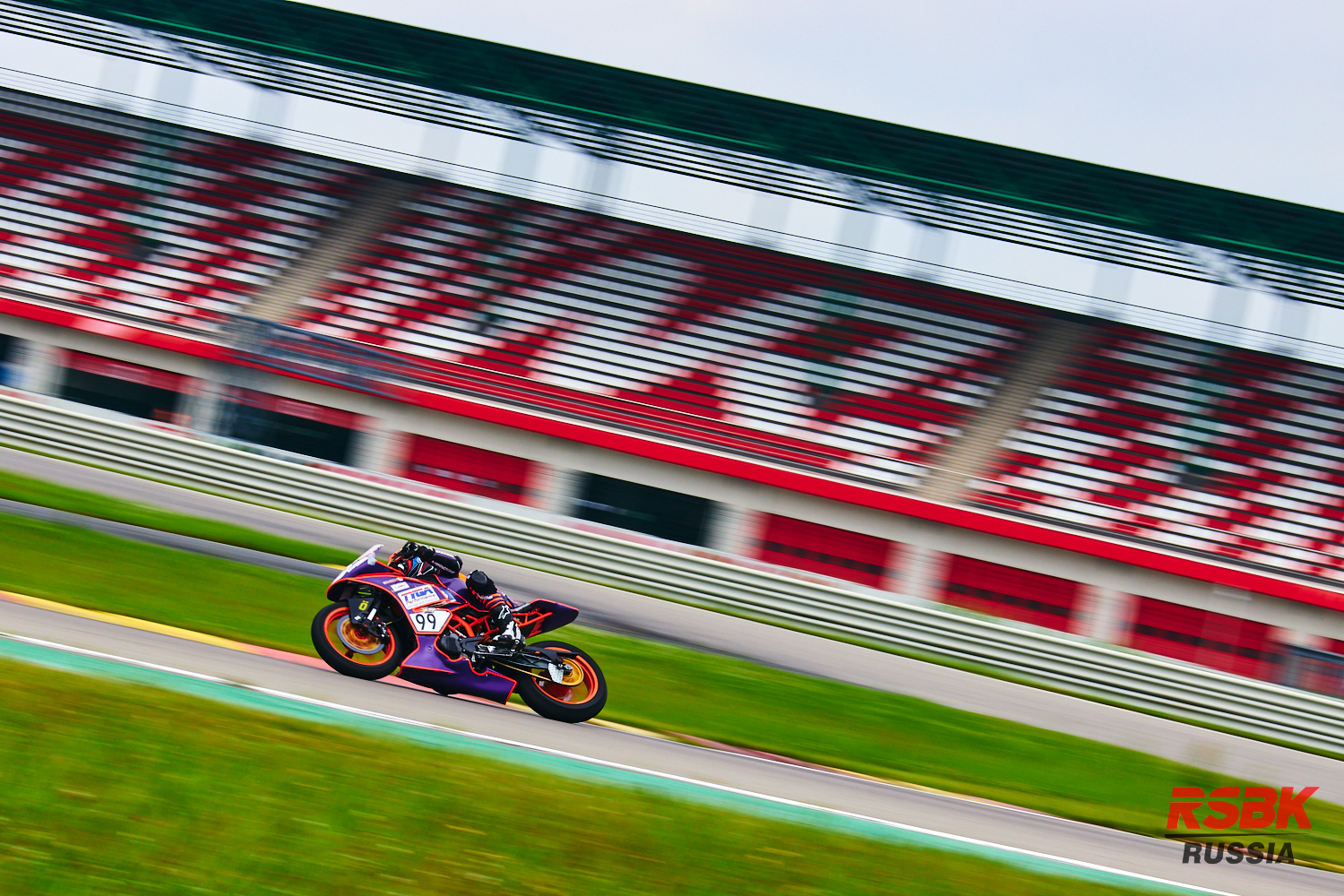 When the pilots rushed forward, all attention of spectators and participants remaining in the pits was on the screens broadcast. Vladimir Leonov (SPB Racing Team) has taken a steady start, but Yurchenko flew to the leader despite the long race! On the track again turned a hot duel. Dmitry Sedin from VL65 Racing Team has become one of the main characters of this day: he flew on the first lap, but still continued to race. Unfortunately, the problems with the bike forced him to return to the pits in the eighth circle, which became fatal for Vladimir Leonov (SPB Racing Team) who lost the ability to brake. Only his skill allowed to take the second step of the podium. Makar Yurchenko (SPB Racing Team) celebrated a brilliant victory, and Alexander Vasilyev (VL65 Racing Team) has again risen to the top. Sergei Capuchino (RWT Motorsport), the applicant for the three leaders, was prevented by an unfortunate mistake in the middle of the race — he had the fourth line.

After the first day of the race weekend RSBK everyone knew that the “younger” classes, can surprise no less! Brilliant duel of Vladimir Bolkunova and Ekaterina Kolpakova (YP Racing) will still be the subject of discussion, the STK 400 showed technical and hard duel with daring attacks and powerful protection. Strength and experience of the different pilots SO 600, in which Abramova Yana (RWT-Motorsport) showed class and once again took first place! After completion of the second stage of the race the team standings changed: the team of Sergey Krapukhin — RWT Motorsport — broke into the top 5, knocking out Chrome Racing Team in sixth place. The team is located very close, forming a new intrigue to the next stage! 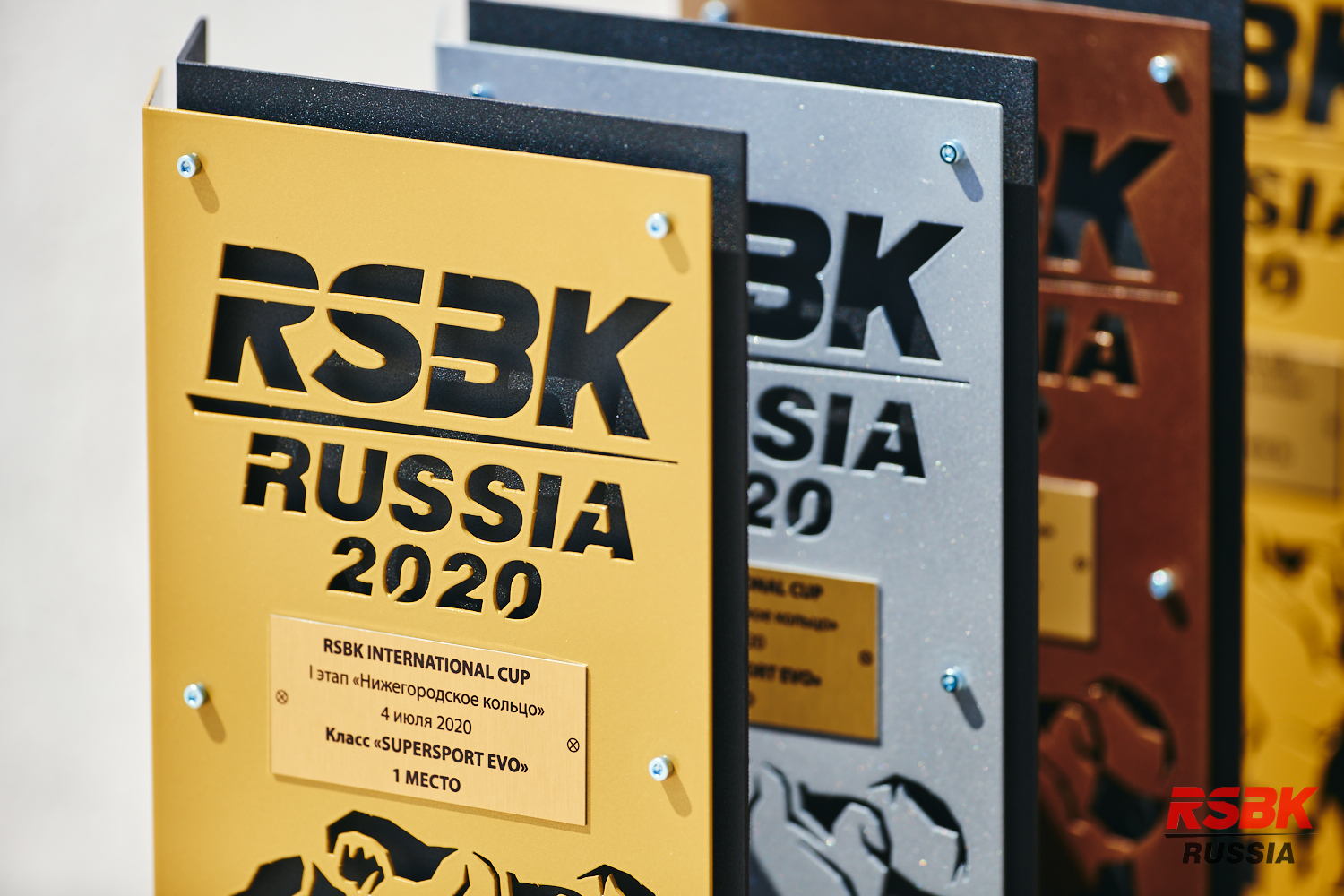 Glasses after DVuh, stages were distributed as follows:

The next stage of RSBK held on 9th August on the newest track “Igora Drive” in St.-Petersburg. Stay tuned for official announcements on the website some of them are.